“Most people, deep down, are pretty decent.”

I needed to hear this message. In fact, I wanted to believe this message. But to say I was skeptical is an understatement. In fact, lately I’ve found myself thinking – after reading of a brutal murder, a bombing, or someone violently refusing to follow health and safety codes – that humans just aren’t that nice, as a rule.

Even so, I kept reading, and I found this:

“There is a persistent myth that by their very nature humans are selfish, aggressive and quick to panic. It’s what Dutch biologist Frans de Waal likes to call veneer theory: the notion that civilization is nothing more than a thin veneer that will crack at the merest provocation. In actuality, the opposite is true. It’s when crisis hits—when bombs fall, or floodwaters rise—that we humans become our best selves” (p. 4).

On reflection – including stories I’ve read about the London Blitz in WWII or volunteer disaster relief efforts after tornados and hurricanes here in the southeast – I began to realize my pessimism might be overstated.

The puzzling nature of humankind

The ‘radical’ idea that most people are pretty decent is found in the book Humankind, authored by Dutch historian Rutger Bregman. It’s worth reading and I think you’ll find it intriguing. In fact, as I was reading it, each night at dinner I regaled Rick with stories gleaned from the book (including a real-life tale of adolescent boys trapped on a deserted island that completely contradicts Lord of the Flies.)

There is no way that I can do justice to Humankind in one short review. So, rather than a traditional review, I’d like to use it as a springboard to connect it to one of the books we are using this year in our professional learning communities – the Key Leaders Network. This idea emerged as I listened to a fascinating interview with Bregman by Daniel Pink. If you have time, stop now and listen to 20 fascinating minutes.

Bregman extends Darwin’s concept of evolution by pointing out research showing that animals that survived (think survival of the fittest) actually were the kindest. He believes that the reason Homo Sapien prospered when Neanderthal didn’t is based on that same concept – humans were more caring. Homo sapiens lived together, hunted together, played together, while the Neanderthals were basically loners. Simply put, homo sapiens thrived because they formed communities and worked together. As Bregman notes:

“…there’s every reason to think that the average prehistoric human had a large circle of friends. Continually meeting new people meant learning new things, and only then could we grow smarter than the Neanderthals” (p. 90).

It’s still important to learn new and useful things, and that’s been particularly true for educators during a pandemic when the lives and working conditions for teachers, leaders, parents, and students have dramatically shifted.

In challenginging times, learning together and reaching a common understanding about how to effectively move forward can lead to coherence, the theme of our Key Leaders Network this year. We’re using the book Coherent School Leadership: Forging Clarity from Complexity, by Fullan and Kirtman as a guiding text.

The co-author of the book, Lyle Kirtman, offers Seven Competencies for Highly Effective Leaders. These components are based on years of observing effective leaders and teams and on the leadership research of others. At their core, Kirtman’s seven competencies are based on the premise that effective collaboration leads to coherence.

These competencies relate to Bregman’s premise that humankind is basically benevolent and that people can accomplish great things when they work together. Kirtman and Fullan help us see how this works for educators and for those they serve. 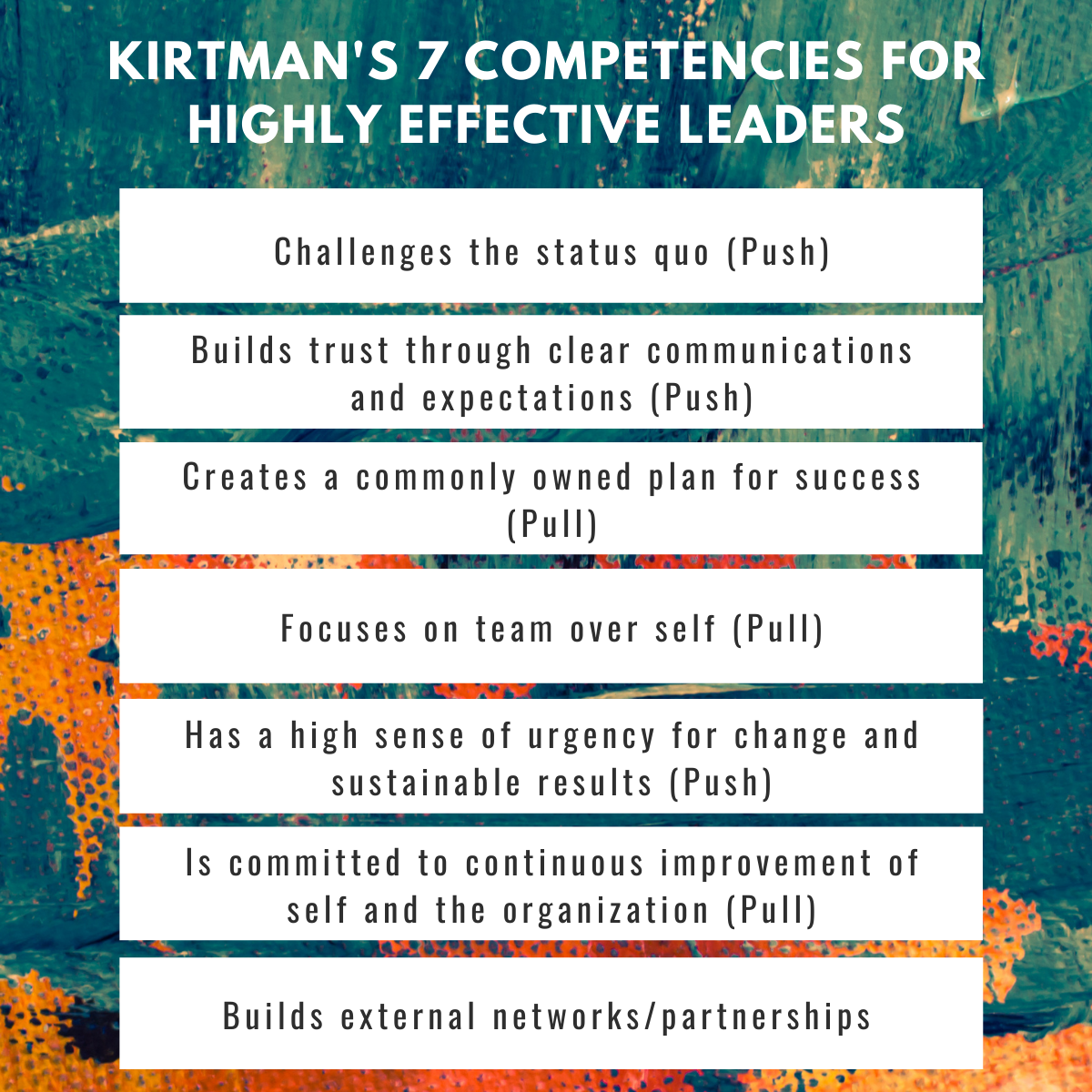 Three of these competencies directly relate to Bregman’s theory of kindness.

Competency Four, Focuses on Team Over Self, is based on the premise that teaching should not be a lonely profession, but rather that effective school leaders must support the development of high functioning and effective teacher teams.

Competency Six, Is Committed to Continuous Improvement of Self and Organization, also points to group cooperation and collaboration. Kirtman notes that “In a true collaborative culture, colleagues can serve as resources for one another for growth. The accountability comes from applying the growth and development to improving their practice and increasing student success” (Coherent School Leadership, pp. 31-32).

This competency of continuous improvement of self and others includes five subskills:

And, finally, my favorite:

Competency Seven, Builds External Networks/Partnerships, which is the core of the ABPC’s work. When we design and facilitate professional learning, we do so with the premise that the knowledge is in the room. We believe it is our job to structure the learning so that district and school teams can build on it, bring their own insights to it, and adapt it to fit their specific needs. To multiply the effect, we provide time and opportunity for teams to share their success with other schools and districts.

So What’s My Point?

Bregman suggests that “if we believe most people are decent and kind, everything changes. We can completely rethink how we organize our schools and prisons, our businesses and democracies” (p. 381).

We’re seeing evidence of that transformation as we cope with the pandemic. Teacher teams are working harder and smarter than ever to meet the needs of students. Parents are playing expanded roles in their child’s education, and gaining an even deeper respect for their children’s teachers and the job society has asked them to do. All the while, school administrators are continuing to shift from building managers to lead learners and team builders.

The Bregman-Pink conversation I shared above is excerpted
from their hour-long chat for the Next Big Idea Club.
You can listen to it all here.

0 Comments on "The Dawning of a Radical Idea: Most People, Deep Down, Are Helpful and Kind"