Opponents of Alabama’s current mathematics standards have cited the decrease in participation and success in advanced level math coursework as a rationale for repealing and replacing the current standards. Alabama’s math standards were adopted in 2010 and implemented starting in 2012. Since that year, there have been various revisions and edits to the standards based on input from teachers, administrators and the Alabama public.

The accompanying graphics show the progress of Alabama students in these three courses. Figure 1 exemplifies PARTICIPATION–the number of students who took each of these AP exams from 2008 – 2016. (2017 data has not yet been released by the College Board.) 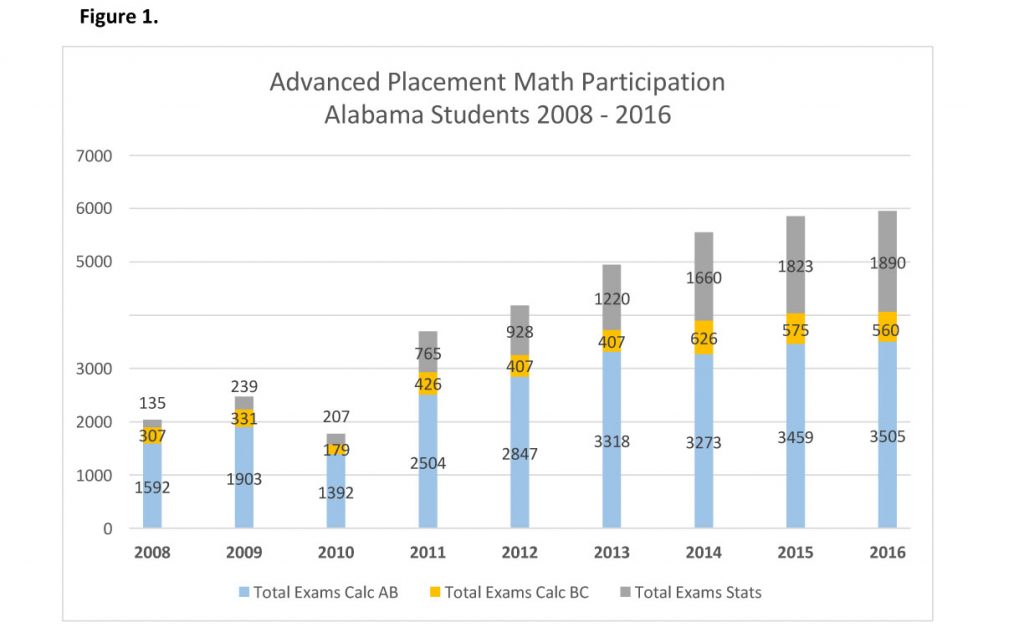 Figure 2 shows the number of QUALIFYING SCORES (scores of 3, 4 or 5) on each of the exams in the same time period. 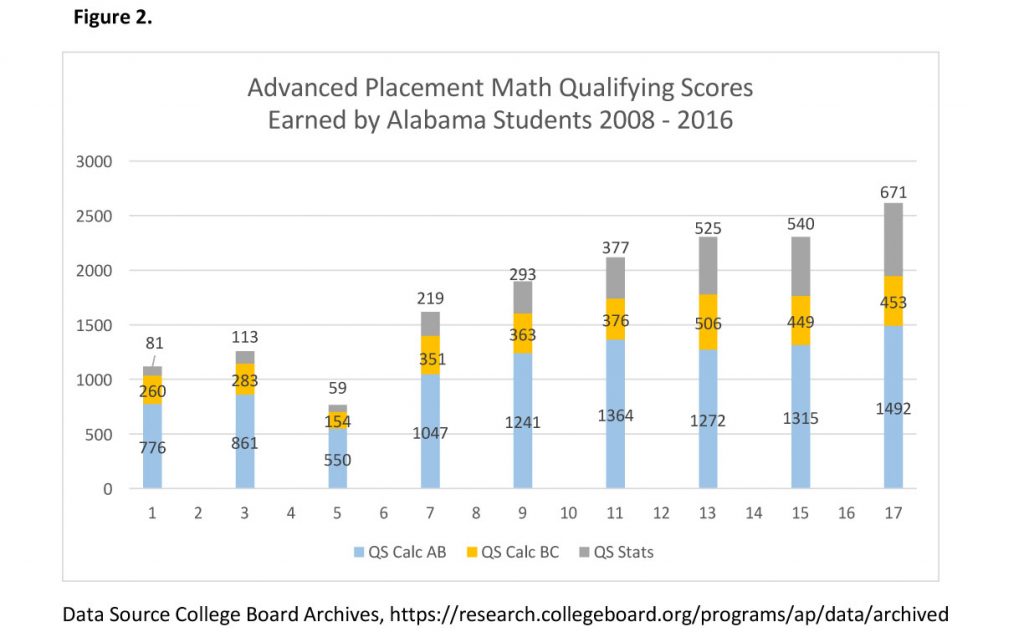 It certainly does appear that the preparatory work students have done, based on the CCRS, has had a positive impact for Alabama students as they are attempting and achieving success in high-level mathematics classes more than ever!

Alabama Standards At Risk | Please Contact the State Board of Ed

Letter to State Board of Ed | If You Want Our Schools & Students to Improve … Keep CCRS!