Thinking back over the recent winter break, it occurs to me that holidays can be very revealing of our social habits and instincts. While many of us look forward to catching up with family and close friends – anticipating rich dialogue full of laughter and interest – others dread the thought of having real “unmanaged” conversations, having become accustomed to the “safety” of email or text messages.

Which brings me to one of the most intriguing and disturbing books I’ve read in the past several months: Reclaiming Conversation: The Power of Talk in a Digital Age, by Sherry Turkle. Turkle is a MIT professor who has written extensively about the ways that technology is changing our routines and our relationships, including her 2011 best seller Alone Together. Some of these changes are positive; still others have ominous implications for our future.

Turkle decided to write her latest book after her countless interactions with students and young adults. Over time, as technology became more pervasive and part of many people’s daily routine, Turkle noticed that students were having greater difficulty having conversations with one another. Students repeatedly mentioned the “safety” of email or texting, where they could edit their responses to represent their “best self.”

Her observations caused her to believe that “we are being silenced by our technologies—in a way, ‘cured of talking.” Her observation both startled me and, upon reflection, resonated. Throughout the book, she reminds us that we develop our image of self and our ability to effectively communicate with others through practice. “Time with people teaches children how to be in a relationship, beginning with the ability to have a conversation,” she notes early in the book.

And lest those of us who remember a time when technology was not so ubiquitous, feel a bit smug, Turkle worries about the growing number of parents who are also captive to their cell phones, i-Pads, or other technologies. In many families, it is not only the children who bring cell phones to the dinner table, it is also the adults.

While some parents may deny mobile technology to young children, many continue to stare into the screen in their children’s presence. Without having adults as role-models, children will struggle. As Turkle notes, “I am describing more than a flight from conversation. This is a flight from the responsibilities of mentorship…we forget our responsibilities to the new, to the generations that follow us.” (p. 13)

The consequences of detachment

What are the implications? Turkle found a startling and growing lack of empathy being displayed by many teenagers and young adults. “Without conversations, studies show that we are less empathetic, less connected, less creative and fulfilled.” (p. 13) In fact, she notes research suggesting a 40% decline in empathy for college students.

Throughout the book she mentions the isolating factor of technology: “We slip into thinking that always being connected is going to make us less lonely. But we are at risk because it is actually the reverse: If we are unable to be alone, we will be more lonely. And if we don’t teach our children to be alone, they will only know how to be lonely.” (p. 23, emphasis added) 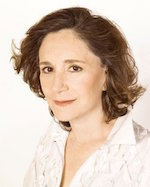 Turkle’s book is full of stories and anecdotes about young attorneys and other professionals choosing to communicate by email or text messages in lieu of either face-to-face or telephone conversations. In colleges and universities, students are reluctant to visit professors during office hours, opting instead to send an email.

As a result, some professors have gone so far as to ban the use of technology in classrooms because they realized that many students were losing the ability to take good notes. With many students opting instead to create a transcript of the class, one law professor observed that her law students didn’t want to be interrupted by the professor because “it broke up their work on their transcripts.” (p. 226)

“One of the students in the first year had a serious illness that kept her out of class for several weeks. The students banded together into teams that would take notes for her in every course. After one class, the young woman who had been responsible for note taking in my class on that day came up to me, upset. Could she please have my class notes sent to her absent classmate? Her computer had run out of power and she had no power cord. She hadn’t been able to take notes in class. I asked the obvious: Why hadn’t she taken notes with pen and paper? The student looked at me blankly. This simply had not occurred as a possibility. This simply was something she could no longer do.” (p. 226)

What can we to do to reverse this trend?

To improve an individual’s ability to have successful conversations requires mentoring, Turkle believes. And, in order for someone to accept this mentoring and view it as productive, mentors should be prepared to answer two questions: 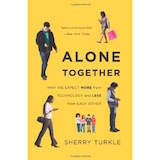 “You will be asked outright, ‘Why focus on one thing, as you must in a face-to-face conversation, when you can get greater ‘value’ from spreading around your attention?’ The answer: Multitasking will not bring greater value. You will feel you are achieving more and more as you accomplish less and less. You will be asked outright, ‘Why go through the anxiety of separating from all of your connections to focus on the small group you are with?’ The answer: The more you talk to your colleagues, the greater your productivity (p. 264).”

To regain conversation, Turkle recommends 13 separate actions ranging from remembering the “power of your phone. It is not an accessory,” to creating sacred spaces for conversation. Encourage conversations, opportunities to embrace solitude, and move away from multitasking to “unitasking.”

Turkle also stresses the great need to hear different views and voices from those with whom we don’t normally interact. These types of conversations broaden our worldview and provide important skills for anticipated difficult conversations.

As I was reading this book, I came across a post from one of my favorite bloggers who suggested research-based strategies for gaining greater focus and concentration. A link to this post by Eric Barker can be accessed here.

I also watched a recent addition to the Teaching Channel videos that demonstrates the power of focused conversation and learning in a middle school math classroom.

For society’s sake, we need to find balance

As I thought about this book, it occurred to me that Turkle had identified several paradoxes: Being more connected can spur isolation and loneliness; using electronic communication to communicate our better self instead of spontaneous conversations is actually limiting and can result in the loss of ability to effectively communicate in face-to-face conversations. It’s unrealistic to think we can (or want to) throw our technology away. But we need to find better balance.

I’ve just touched the tip of iceberg in this book review. This is one book that I think every educator and caring adult should read. It’s not too late to reclaim conversation if we make it a priority. Join me in putting aside our electronic devices from time to time to not only nurture ourselves, but also ensure that future generations have the skills to effectively communicate in real time with real people.

► Three Generations Talk about Social Communication, a short but powerful public service video by Nature Valley that would make a good discussion starter among educators and parents.

0 Comments on "Reclaiming Conversation for Our Children, Our Students and Ourselves"