To Our Friends of Education –

A+ is excited to announce that we have named Mark Dixon as our new president, following Caroline Novak’s retirement.

A native of Birmingham, Mark is currently a senior manager with General Electric (GE) based in Washington, D.C. He previously served as the Education Policy Advisor to former Alabama Governor Bob Riley. Mark has a strong history of advocating for Alabama students through his previous work in education, including restructuring and expanding Alabama’s First Class Pre-K program—a program that now ranks among the nation’s best. Additionally, through his most recent work with GE, Mark brings a new perspective to our organization through his team-focused leadership and business experience. 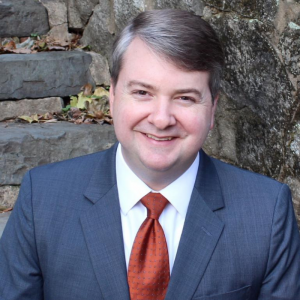 Mark’s passion for the mission of A+ was fully evident during his time in state government. His experience since—earning his MBA and working for over six years in the US and abroad for General Electric—has added to the value he can bring to what is already the most respected and influential driver of public education transformation across the state. The A+ Board is confident he will make a wonderful champion for the mission and will chart a successful course for expanding the impact of A+.

Current President, Caroline Novak is optimistic about this new era for A+: “Mark Dixon is uniquely prepared to lead A+. He was instrumental in state efforts to develop or expand major initiatives with lasting impact, including organizing a teacher-led commission focused on improving teaching quality, leading the effort to establish our A+ College Ready program, and establishing Teach for America, Alabama. I am thrilled he is returning to take on a new role that will benefit from his passion and newly acquired skills and experience.”

Bill Smith, the founding chair of A+ Education Partnership and chair of Royal Cup Coffee, welcomes Mark Dixon aboard: “He has the ability to increase our relationships across the state in order to accelerate the pace of change. In tapping the expertise and commitment of a trusted partner who shares our aspirations for Alabama’s students I am confident the mission will be in excellent hands.”

Mark offered these words in anticipation of his transition onto the A+ team: “I have had a deep respect for A+ and its impact on Alabama students for many years. Caroline Novak has been a tireless advocate for innovations that benefit students for nearly three decades, and I am humbled to be chosen by the board to continue the important work she and her colleagues have championed so well. The A+ team is made up of highly effective leaders in both the policy and practice areas, and I am honored to join their efforts. It is truly exciting to be given the opportunity to lead a team that I respect so much. A strong public education system is the most critical driver of Alabama’s future. I look forward to working with our partners at the state and local levels to continue our push for every child to have the opportunity to attend great schools that prepare them for future success.”

2019 will be a big year for our organization. We set our sights on developing a leadership team who not only embraces the value of our current work but shares the conviction that we must accelerate the pace of change in Alabama. With Mark Dixon aboard, we look forward to this new era for A+.

Gordon Martin, President of the Board

Dixon earned his Bachelor of Arts degree in Political Science from Wake Forest University. He spent five years as Education Policy Advisor to Alabama Governor Bob Riley and later as Policy Director. With an expressed desire to learn more about nonprofit management, Dixon moved to Washington, D.C. to pursue his Master of Business Administration in Strategic Management and Public Policy from The George Washington University School of Business. While in school, Dixon held an Education Pioneers Fellowship with Teach for America where he continued his pursuit of education reform.

Following business school, Dixon joined General Electric (GE) where for the past six years he has held both corporate and business roles. A graduate of GE’s Experienced Commercial Leadership Program, Dixon helped build a commercial consulting organization, and led teams on strategic projects for senior leaders on five continents. Most recently, Dixon led market development efforts for GE Power’s steam unit in North and South America to develop projects and drive value creation for customers. He will assume his new role with A+ on Feb. 1.