From the Alabama School Readiness Alliance 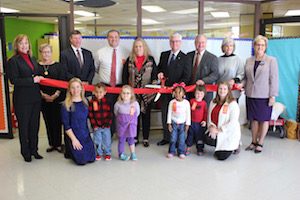 In the report, Strategies in Pursuit of Pre-K Teacher Compensation Parity: Lessons from Seven States and Cities, researchers from the Center for the Study of Child Care Employment at University of California Berkeley look at the success of different teacher compensation strategies put in place by Alabama, Georgia, New Jersey, Oregon, West Virginia as well as New York City and San Antonio, and what benefits these states discovered from these efforts.

According to the report, since the First Class Pre-K program’s inception in 2000, Alabama’s early childhood leaders have approached teacher pay and benefits intentionally. However, the state’s original policy for ensuring fair compensation for pre-k teachers only addressed a teacher’s starting salary. How and when a teacher would receive a raise or bonus was determined by the pre-k provider. As a result, over time, salaries and benefits for pre-k teachers began to lag behind their peers in the other early grades. That changed in 2015 when Alabama Department of Early Childhood Education adopted a new salary schedule for its teachers that guarantees that pre-k teachers receive a salary over ten years consummate with what they would make as a K-12 instructor. As a result of these new policies, not only did Alabama First Class Pre-K teachers get new raises and salaries on par with their colleagues in K-12, but as noted in the report, the Department saw an increase in kindergarten teachers interested in working in pre-k classrooms.

Click here to read the report’s profile on Alabama.