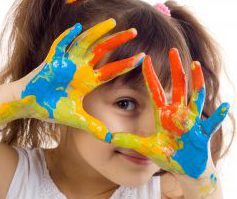 On the eve of the 2017 Alabama State Legislative Session, a business-led coalition of pre-k advocates called on state leaders to increase funding for Alabama’s First Class Pre-K program by $20 million in Fiscal Year 2018. If appropriated, the $20 million increase advocated by the Task Force would increase the total amount of funding for the state’s high-quality, voluntary pre-kindergarten from $64.5 million to $84.5 million.

The $20 million funding increase is one of a series of recommendations proposed today by the Alabama School Readiness Alliance’s Pre-K Task Force in order to fully fund the state’s First Class Pre-K program by 2023 while maintaining the program’s strong benchmarks for quality and accountability.

Alabama’s First Class Pre-K program is managed by the Alabama Department of Early Childhood Education. There are currently 816 First Class classrooms across the state, but only 25 percent of the state’s four year olds are able to participate in the program due to lack of funding. Combined with funding from year three of Alabama’s four-year federal Preschool Development Grant, a $20 million increase would add approximately 160 new classrooms and help enroll approximately 2,880 additional four-year-olds in next school year.

The ASRA Pre-K Task Force consists of more than 40 prominent leaders from the business, education, civic, medical, legal, philanthropic, military and child advocacy communities. The group first proposed expanding pre-k access to all families in 2012. That year the Task Force launched a ten-year campaign, now entering its fifth year, to advocate for incremental increases to fully fund the program by the 2022-2023 school year. The Task Force’s recommendations have been updated annually since the campaign’s launch. The proposed $20 million increase recommended today is needed in FY2018 in order for the state to meet that target.

For ten-years in a row, Alabama’s First Class Pre-K program has been ranked the number one state-funded pre-kindergarten program in the country for quality by the independent National Institute for Early Education Research. A study by the Public Affairs Research Council of Alabama found that students that participate in Alabama’s First Class Pre-K program consistently outperform their peers in reading and math on state assessments. Additional studies nationally have found that students that attend a high-quality pre-k program are more likely to graduate from high school and find success in the workforce. They are also less likely to commit a crime or rely on social welfare programs as adults.

In addition to the increased funding, the updated Task Force recommendations include: continuing the “diverse delivery” of First Class Pre-K classrooms in public schools, Head Start and private programs (including childcare and faith-based centers); requiring that all First Class Pre-K providers adhere to the program’s quality standards; and, prioritizing new classrooms for students most at-risk of school failure.

The 2017 Alabama School Readiness Alliance Pre-K Task Force Recommendations can be viewed in their entirety at: alabamaschoolreadiness.org/recommendations/

The Alabama School Readiness Alliance advocates for the expansion of high-quality, voluntary pre-kindergarten. ASRA works to ensure that pre-k is a continuing priority for Alabama’s children, parents, community leaders, legislators and governing officials. ASRA is a collaborative effort of A+ Education Partnership, Alabama Giving, Alabama Partnership and VOICES for Alabama’s Children. Visit www.alabamaschoolreadiness.org to learn more.