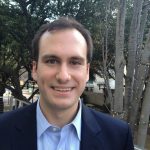 Alabama students are doing better than ever before. They are reading more, writing, more and thinking more. As a result Alabama schools are earning a new reputation – one that we can all be proud of, and one that we can maintain if we reject renewed efforts to roll back Alabama’s College and Career Ready Standards.

Last week, a Harvard University study credited Alabama with having made huge gains in its expectations of students.

Harvard conducts this study every two years. In its most recent analysis (the first since Alabama’s College and Career Ready Standards were implemented) Alabama scored a B, up significantly from grades of “F” given in 2009, 2011, and 2013.

This recognition from Harvard confirms what University of Alabama professor Jeremy Zelkowski already knew when he examined Alabama’s College and Career Ready Standards a few years ago. The old standards, he said, “only expected student understanding at a basic skills level,” but the new standards expect “students to be at a proficient skills level and have a deeper understanding.”

In many ways, increasing our expectations of students comes down to being honest with students about what’s expected of them after they graduate, and giving them the knowledge and skills to be successful.

Today, Alabama is being hailed as a “Truth Teller” state for the second consecutive year in the national “Honesty Gap” report. The state won this designation for using the ACT Aspire test, which every third through eighth graders in Alabama take each spring. Alabama set a high bar for students so we could be honest with them (and their parents) about where they stand academically.

The Alabama College and Career Ready Standards outline what students are expected to know and be able to do in reading and math at each grade level. They require critical thinking and analysis, not just memorization and regurgitation of facts, because real-life problems don’t come with worksheets or bubbles to fill.

As parents know, this was not always the case.

Previously, our standards focused on low-level skills that asked students to memorize the answer, whether or not they understood it or not.

We were producing students who were eligible for college, but didn’t have the skills to be successful. When they started college or entered the workforce, many were so far behind they were never able to catch up.

The result: Many college students required costly remediation and most of those didn’t finish college.

We failed both the students and their parents because we didn’t hold our students (and teachers) to a high-enough standard.

No so any more.

Bringing Alabama standards in line with what is needed to be successful presented challenges. Shifting from low-skills tests to tests that actually measure proficiency caused both teachers and students to work harder and, naturally initial scores were lower.

An increasing number of parents who were struggling to understand the new expectations are now embracing them. They recognize and value the increased opportunities their children will have later on as a result of asking them to think critically and apply what they are learning in school.

So, we’re making progress by raising expectations. Repealing the standards which have set Alabama students on a course to success would be a devastating message to them, to their parents, and their teachers.

The State Board of Education’s Plan 2020 is working, and we need to stay the course with the College and Career Ready Standards.

0 Comments on "A+ Perspective: Schools are Improving Thanks to ACCRS"