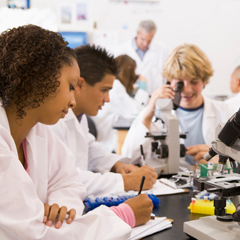 As the Alabama Legislature nears a debate on the merits of allowing public charter schools and increased flexibility for traditional public schools, legislators should remember that there is not a choice to be made between the two. These two tools for improving Alabama’s public education system must both be allowed in order for each to have the intended effect.

The state must adopt a “both/and” philosophy to solving Alabama’s educational issues, not an “either/or” one that ignores reality and ties the hands of innovative educators who need freedom to teach.

Teachers and parents who want to open a public charter school that could better serve a community of struggling students should be allowed to—even if an entrenched local school board or superintendent disagrees. Likewise, if a superintendent, principal, or other school leader wants to think outside the box in order to better serve students, there should be a way to obtain flexibility to do this.

Public charter schools should serve as catalysts of innovation in Alabama. For students who have struggled to learn in traditional school settings, public charter schools can offer an excellent alternative to get them back on track. The increased autonomy of public charter schools, coupled with strong accountability tied to academic results, can allow for teachers and administrators to do what it takes in order to reach those students and engage them before it is too late.

Public charter schools have been proven to be effective at helping these at-risk students. Even one of the most critical studies that is often cited regarding charter schools, Stanford University’s Center for Research on Education Outcomes 2009 study, explains that charter schools generally produce better academic growth for students in poverty. According to the Alabama State Department of Education, 58.13% of Alabama’s public school students qualify for free and reduced-priced lunches during the 2011-12 school year.

However, this will not be enough for all students, because traditional public schools will always serve as the backbone of the state’s education system.

If Alabama’s public charter school law allows for the creation of 50 public charters over five years, these schools would represent less than 3.5% of the state’s public schools, given that Alabama has 1,499 traditional public schools operating during the 2011-12 school year.

Traditional public schools know the needs of their students and communities better than the State Department of Education, and the educators in these schools need freedom from restrictive–although well-intentioned–state laws and regulations that often stifle innovation. Each student has unique needs and learns in his or her own way, and each community is different. Each system and school must be allowed the flexibility to best serve its community while being held accountable for the academic results of its students.

Taken together, public charter schools and increased flexibility for traditional public schools offer two tools for Alabama’s educational system that the state needs in order to build on the progress it has made over the last decade.

For the first time, Alabama’s fourth graders met the national average in reading proficiency on the Nation’s Report Card in 2011, the National Assessment of Educational Progress. Yet, in mathematics, those fourth graders still lag behind the nation, and in eighth grade Alabama lags the nation in reading and math. The numbers are bleaker when broken down by demographics, with large achievement gaps persisting between low-income students and their higher-income peers.

Alabama needs every tool available to help close the achievement gap and ensure no student is underserved by his or her local school. Public charter schools offer one opportunity to help close this gap, and flexibility for traditional schools offers another. Together, they can help Alabama excel to new heights.