Some important and not widely known Alabama history emerged during a recent A+ College Ready book study of Baruti Kafele’s Is My School a Better School Because I Lead It?

“We asked administrators to reflect on their greatest attribute and greatest challenge as outlined in the book,” says Teri Thompson, A+CR Vice President of Operations. The historical insight came when Arnold Cox, Principal of Chickasaw Middle and High School, had this to say about his greatest attribute:

“The attribute I feel is my greatest strength is the attribute of purpose. I am a third generation educator. My great grandfather, Stephen J. Boykin, founded the first school for blacks in Bay Minette AL, in the late 1890s – named The Booker Industrial School.

Mr. Cox, whose Chickasaw City school (grades 6-12) partners with the A+ College Ready program and also participates in ABPC’s Key Leaders Network, kindly agreed to tell us more about his great grandfather’s story and his legacy. 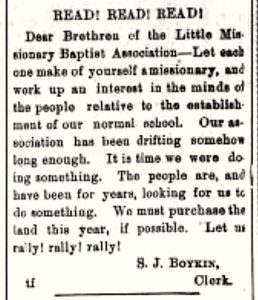 According to research by local historian Samuel N. Crosby and others, Stephen J. Boykin was born in an unincorporated area in Wilcox County, Alabama about 1859. He was a self-educated man and worked early in his life as a laborer at a lumber mill. He and his second wife Carrie Taylor made their home in Bay Minette and raised eight children.

Born before the Emancipation Proclamation, Stephen Boykin was dedicated to improving educational opportunities for black citizens in the early days of the Jim Crow era in the American South. In 1899, he founded the first normal school for black students in Baldwin County, at a site in Douglasville, a Bay Minette community.

In this same year, Stephen Boykin became the publisher of a new, ambitious newspaper focused on news and issues of interest to black audiences – The American Banner. The paper was circulated in Alabama and across the South (with subscribers as far away as the west coast ) and was published twice a month for $1 per year. Boykin said his purpose was “to inspire men and women of all ages to do great things.”

The American Banner supported racial pride and political activism at a time when segregation and voter suppression were becoming common practice in the former slavery states. Boykin bravely reported on incidents of violence against black churches and black people in Alabama and across the nation. 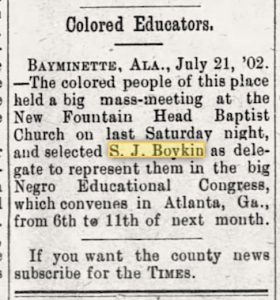 Carrying local news, advertisements, and letters, the content was directed toward black readers. The paper was also supported by local white business owners who advertised in the paper. The paper included such columns as “Race Gleanings” and “Race Notes.” Boykin urged his readers to represent their race well, so that others would take note of their accomplishments. He once wrote with great inspiration: “Instead of talking so much about what the Negroes should do, let someone do something and then talk about what the Negroes have done.” (Source: Stephen Boykin biographical sketch, Baldwin County archives website)

Mr. Boykin published The American Banner for three years – sometimes every week. Based on a half-dozen surviving editions archived on the Newspapers.com platform, he frequently mentioned the progress of the “Bay Minette Public School,” sharing education news, appeals for support, and acknowledgment of the involvement of black community organizations – in particular, the Little River Missionary Baptist Association. 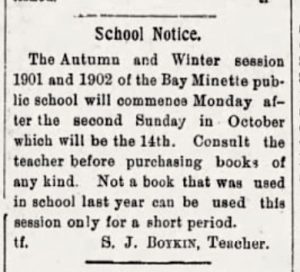 As you can see in the clippings accompanying this article, Stephen Boykin at various times was both the principal and a teacher at the new normal school. The 1893 Mobile city directory lists Stephen J Boykin with the occupation of “school teacher.” Much of his history beyond what you read here is lost – no known photograph exists.

Mr. Boykin passed away in 1927. His passionate advocacy for public education for all continues to be a model for his family, community and state.

“Early in my young school years,” Chickasaw Middle/High School principal Arnold Cox says, “around 10-12 years of age, my mom would often tell my siblings and me about her grandfather and his accomplishments and that we had a great legacy to live up to.”

“But it was during several meetings I had with the late James H. “Jimmy” Faulkner Sr. — a former Alabama State Senator, newspaper publisher and insurance executive, and the namesake of Faulkner University (once Faulkner State Junior College) — that he told me about great-grandfather Boykin’s newspaper and his importance in the community. Local attorney Sam Crosby would often tell me about him too. Their stories really began to hit home with me and fuel my passion to become an educator.”

An unfortunate (but fortuitous for public education) knee injury ended Arnold Cox’s first career as a route salesman for Coca-Cola. Substitute teaching convinced Mr. Cox to seriously pursue education as a profession. He enrolled at The University of South Alabama and completed his bachelors degree in Administrative Sciences with concentrations in Education, Business, and Psychology.

“I was hired in September 1991 by the Baldwin County Board of Education as a school-to-work transition specialist where I served special education students 18-21, exiting school with a certificate of attendance, to become employable, job ready, get a job and to do job shadowing.” His work with special needs students eventually led him to enroll in the graduate program at Alabama State, earning an MS degree in Special Education K-12.

“I accepted a position at Bay Minette Middle School,” he says, “teaching special education classes grades 6-8. During this time I was also a bus driver and coached basketball, football, and baseball at both middle and high school levels.” 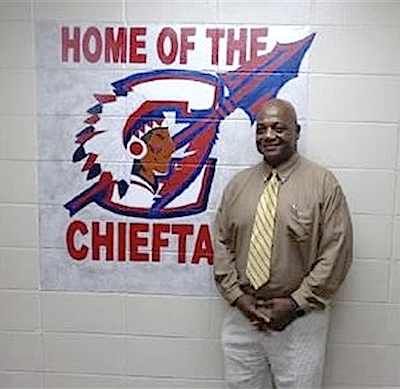 After earning Educational Leadership and Education Specialist certification, Mr. Cox accepted the position of assistant principal at Bay Minette Middle School in 2000. In 2002, then superintendent Dr. Faron Hollinger “asked me to transfer to Bay Minette Intermediate as assistant principal to address the high discipline problem the school was having with young black male students.” Cox was successful in implementing a ‘guide right’ program pairing prominent black men from area churches and communities, and from his fraternity Kappa Alpha Psi, as mentors.

Mr. Cox became assistant principal at Baldwin County High School in August 2010, joining a team tasked to transform a school then categorized as “failing” and in danger of state takeover. He remained in that leadership role until July of 2019 when he accepted the position of Principal at Chickasaw Middle/High School in the nearby Chickasaw City Schools.

As you can see, throughout his now 30+ year education career, Arnold Cox has pursued his own professional learning with the passion and purpose he first felt after hearing those stories about his great grandfather. He is currently completing  his doctorate in Educational Leadership and – if that weren’t enough – pursuing CLAS Certified Instructional Leader certification. 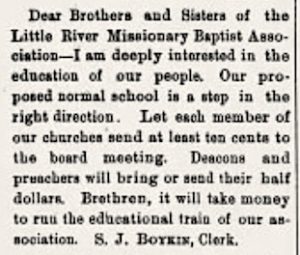 “I whole-heartedly believe that learning is a life-long journey!” Cox wrote on his CMHS About the Principal page. Throughout that journey, he told me, Stephen Boykin’s longing for equitable schools “has been a major influence – to the point that when things got tough and I would question if education was for me, his story gave me great inspiration.”

“If he could do it in the 1890s, when things were very difficult for blacks in Alabama, I could definitely endure any small hardships I experienced. The story of his dedication has definitely been the ‘wind beneath my wings’.”

After Arnold Cox’s first six months as principal at Chickasaw Middle/High School, the pandemic struck, bringing a whole new dimension to the meaning of school leadership. Cox is looking forward to a return to the “new normal” and to pursuing his goals for CMHS, including…

“My vision for Chickasaw Middle/High School is to create a school culture that is of excellence and affords every student that enrolls here the opportunity to realize their God-given purpose and leave here to become productive citizens of society and make a positive impact in every life they touch.”

Mr. Cox says his involvement with A+ Education Partnership programs, including A+ College Ready and ABPC’s Key Leaders Network, “has definitely helped strengthen my leadership style as well as grown my skill set as a true instructional leader and not just simply being a building manager.”

He is also thinking forward, already planning for the next stage in his career. Ultimately, with his doctorate in hand and drawing on “the valuable professional development I have received and will get, along with my decades of experience,” he plans to achieve a personal goal to teach educational leadership at the college level.

“I want to help prepare leaders who are culturally competent and sensitive to the needs of all those they lead,” Cox says.

Stephen J. Boykin would be proud to hear that. 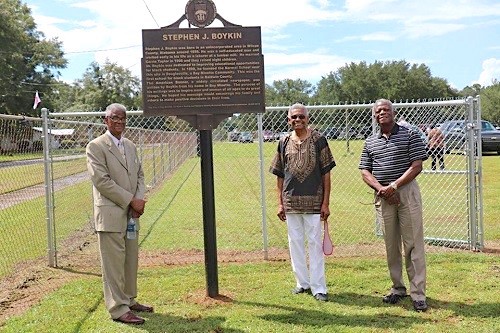 John Norton is the communications consultant for the Alabama Best Practices Center and former Vice President for Information at the Southern Regional Education Board in Atlanta.