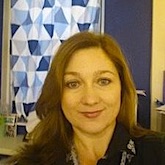 Students this year have had some difficult things to face. Many of my students have had COVID-19, their family members have had Covid, and many of them have been quarantined multiple times due to contact tracing. They have all missed out on school events that they look forward to every year.

Watching them having to go through all of these things, I decided that I would say “yes” to any reasonable request this year (obviously while keeping the students safe and learning and following school policies). That’s a big deal for me, because for some reason my default answer in the past has been NO.

Things I have said yes to this year These are just a few of my former automatic No’s. This year if a student asked me to do something, I tried to say yes instead of immediately saying no. If I am being honest, several of the concessions made me feel like a bad teacher – like I wasn’t being rigorous enough. It has also tested my patience many, many times.

I wanted to share what I have learned from trying to be really flexible, and saying “Yes” whenever I possibly can. The results of doing this were not what I was expecting.

What has been the result?

What surprises me is how little saying YES has impacted the outcomes in my classroom. Some students turn in their work late, but most turn it in on time. I don’t think students have abused the late work policy. I haven’t been able to cover as much material as I usually do, but that was never going to happen this year anyway.

I let my students use their notes on tests, and I don’t think it greatly reduced the rigor. I do think it motivated them to take notes and keep up with them. Providing supplies, like pencils and paper, is more for my sanity. They just take what they need and it simplifies matters. Reviewing just before a test is another concession I made. I usually won’t review the first few minutes of class when we have a test. But when a student asked me this year, I did say yes. When I agreed to a quick review, I saw a lot of students give a sigh of relief. I think they mostly needed confirmation and reassurance.

After a quick review (maybe 5 minutes) they seemed more confident. They asked me fewer questions during the test and in general did better.

I have had a lot of good results from saying yes to my students’ requests and needs and making concessions. It’s made me wonder why I said no to some of these things in the past.

Why did I think NO was so important?

I’m not sure why I thought some of these things were so important in previous years. I guess I thought printing off extra copies and providing pencils made me think that I wasn’t teaching my students about responsibility. Which is probably true, but then, is that my main job?

This year in particular I am focused on teaching them as much math as I can and trying not to stress them out any more than they already are.

All of this has made me really think about what my purpose really is, and what is important in my classroom. The answer, of course, is LEARNING.

How have my students responded?

My students have been genuinely grateful for all the help. That in itself is not surprising. What has surprised me is how that has translated into my students being more willing to work for me. I have been touched to see how much effort they have given in my class. We spent two and a half weeks preparing for the ACT, and most of the students worked very hard. 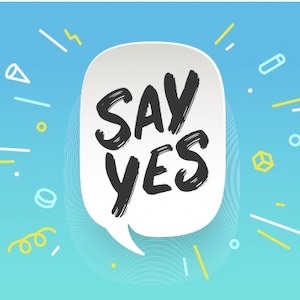 With that being said, they are normal teenagers and they have off-days. And not all students have been willing to engage with the work. But for the most part they have cheerfully tried to do the work I have asked them to do. That’s not an easy thing, because they do have gaps in their understanding due to missing so much face-to-face class time and it can be frustrating for them.

Also, students have been more willing to ask me for help. I have more students that will take the time to get extra help than I have ever had before. In general, I have a better relationship with more of students than I have had in years past.

What does this mean for the future?

I think it means some of things that I thought were important, aren’t really that important. And being reasonable and flexible and saying yes when I can does build goodwill that translates into more effort from my students. It has made me happy to go to work.

I am physically drained at this point in the year, but I truly look forward to seeing my students every day. I have not been able to say that every year. Before next year I need to think about what really matters in my classroom and how I can work to build the same kind of relationships with my students that – to my surprise – has been the hallmark of our Covid year.

Michelle Russell (@michel1erussel1) is a math teacher and former department chair at Florence (AL) High School. She began her career as a student teacher in middle school and has taught students from 7th to 12th grade. For the past 13 years, she’s taught high school math, including Algebra IB, Algebraic Connections, Pre-Calculus, AP Statistics, Algebra with Finance, and Algebra 2 with Trigonometry. In her free time, she enjoys reading books about math education and following other teachers on Twitter.