Educators are always at risk of sacrificing the heart of authentic learning in a well-intentioned effort to comfortably contain and repackage learning into a standardized educational experience.

Students are too often left with the feeling that, in coming to school, they have somehow traded the joy of doing the learning for a simulation of the process that is instead being done to them. Teachers are left wondering why they have a room full of children who have an intrinsic desire to learn yet really aren’t all that crazy about school.

As a school principal, I believe whether this circumstance is an avoidable pitfall rests in my answer to a simple question: Am I listening?

I am a professional educator, but I find myself increasingly suspicious of anyone who self-identifies as an expert in any walk of life. I hope this entry won’t be misconstrued as a tutorial. Instead, it is a reflection on my own growth and the resources that have shaped my own beliefs about learning. 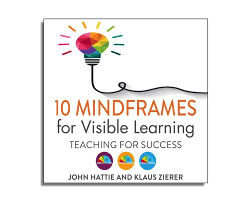 One of those resources has been my involvement in the Key Leaders Network facilitated by ABPC and our study of John Hattie’s 10 Mindframes for Visible Learning. Not surprisingly, one of the mindframes Hattie singles out emphasizes the importance of acting on feedback from students. This piece of our KLN conversation prompted me to ask myself a series of questions to consider my role in consistently closing the gap between the school that we are and the school we want to be.

Am I listening to my beliefs?

To be fair this isn’t the first question. The first question is actually, “Do I know what I believe?” I am yet to find an aspect of life where this isn’t a worthy starting point for any decision, but as educators it feels especially critical when so many of our decisions and outcomes are rooted in a deeper philosophy about learning.

Every decision we make reflects an underlying set of beliefs. We can agree or disagree about any outcome, but taking an action that can’t be anchored to a deeply-held belief is risky business.

Do I believe in listening?

A general misconception about our profession is that teaching is synonymous with talking. Our rooms are traditionally constructed with a focal point toward the “front” of the room where the teacher instructs the students. The highest levels of education frequently have entire auditoriums filled with students watching a professor at a microphone in the front of the room. The students are literally an audience for the teacher-presenter.

I am not arguing here that there isn’t some value in these formats depending on the situation. This is, however, an argument that we should consider the number of subtle suggestions throughout a school that communicate a deeply held belief that teachers talk and students listen. 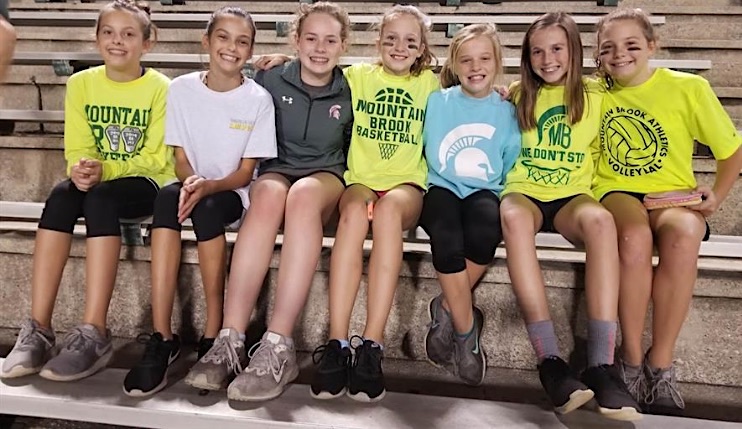 Do we believe there is a fixed amount of “power” in a classroom? If so, we might be tempted to believe the only way to give students more power is to give teachers less. This belief system is not isolated to a classroom. The extent to which it impacts a learning culture is further exposed in faculty learning situations where administrators have similar misconceptions.

How often does professional learning feature a principal at the front of the room introducing an agenda or strategic learning plan for the year that was built without any feedback from teachers? There is occasionally a false, but tempting, sense of safety and order in a school that uses power, authority, and hierarchy as organizing principles.

The hollowness of this misconception is revealed in an institutional lack of ownership in learning. This is particularly problematic in an institution that should embody true learning. I am most encouraged to see the growing results of a community that is accountable to a commonly developed, and equally owned, set of directional beliefs that guide everyone throughout a school. It is mistake to assume this is easily done.

Toward more student voice and choice

There are many more questions that must be answered about so many complicated aspects of such a nuanced concept. My comment here is limited to the simple fact that I have full faith in our collective ability as a profession to grow toward better (if not best) practices – including involving students in choices about their own learning.

This belief has prompted me to consider my role in helping equip both teachers and students to accept the responsibility of learning together in a community that promotes a certain level of autonomy. This involves contributing to a culture that values relationships enough to listen to one another.

As essential as this culture might be, this is only the beginning of my responsibility. We listen so we can form better relationships, and we form relationships to better engage. This involves building a skill-set in learners to use their voice responsibly because the people around them are listening. More importantly, they should come to see themselves as citizens of a world that will be listening. Most importantly, they experience the confidence that’s a product of their own belief that they deserve to be heard.

We are developing a process of engaging students enough to foster their ownership of their learning and growth. The combination of beliefs as a means of driving culture – and practice as a means of creating capacity – elevates school from something to be endured to a tool that models the very growth it promotes.

It’s an incredible honor to be a part of a profession willing to dedicate itself to such a noble cause. More importantly, I’m increasingly encouraged by progress I see toward that goal—if I’m just willing to listen.

Nathan Pitner is a professional educator in Birmingham, Alabama. He began his career teaching third and sixth grade and now serves as Principal of Brookwood Forest Elementary School (K-6) in the Mountain Brook City Schools.

0 Comments on "Elementary Principal: Authentic Learning Must Include Student Voice and Choice"